This fortress is also known as 'Khujand Fortress'. The founder, named Timur Malik, was a statesman, and later - the emperor of Khujand, the capital of Transoxiana region. He was defending Khujand from many Mongol invaders, sadly, most of them were unsuccessful. Later, Timur Malik was announced as a national hero of Tajikistan.

His fortress, the building he wasted lots of time onto, was settled around VI-V centuries BC. It was built off natural burnt clay and had a view, remotely resembling Ark Citadel in Bukhara. This fortress form - thick walls' feet and thin tower tops could help against infantry. Even though, Temur Malik wasn't a successful defender, the fortress of Khujand has a name of the most inaccessible building in whole Central Asia. 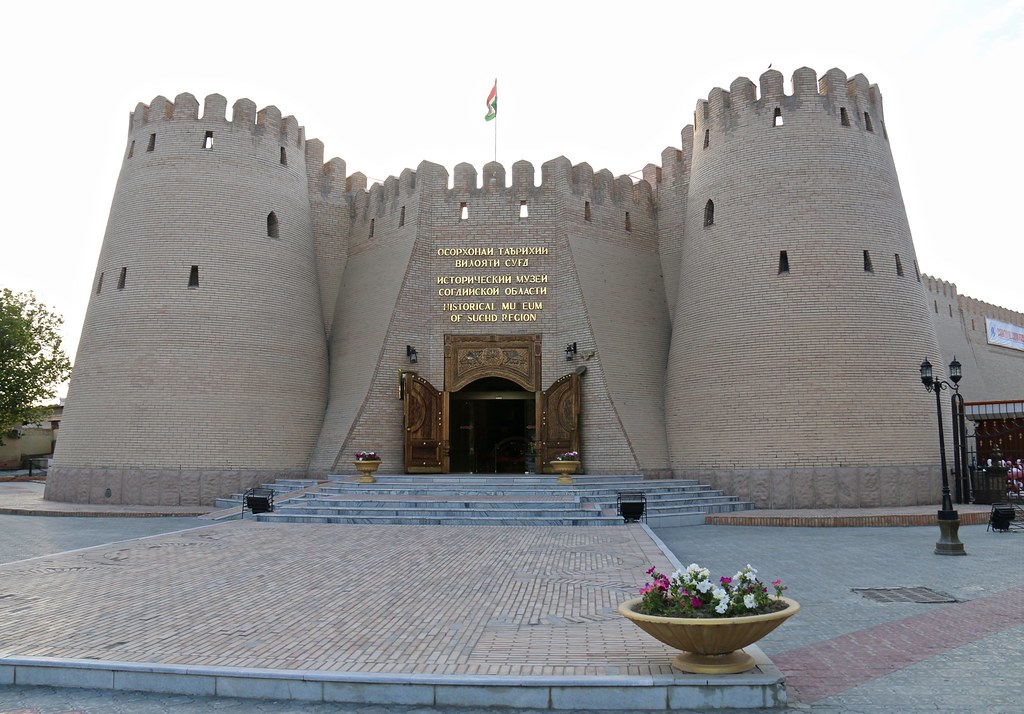 There are rumors that fort was rebuilt in early XV century but the archeologists haven't found any proofs yet. Some parts of it were restored in 1999, but still there is not so much left from original fort - only few walls and main gates. But 90% of them are original and could completely display the architecture ways of ancient Tajikistan and Khujand ages in particular.